Shipping Time For This Product:

If you’re concerned about thermal protection, the Captain Jim Fire Hood is an elite choice! With a long-standing reputation for superior TPP and THL performance, this hood is sure to make you a loyal fan.

Available as a classic knit FR hood or with Stedair® PREVENT particulate blocking technology, which helps to reduce exposure to persistent fire ground carcinogens and can be bundled within the Interceptor Package.

THE STORY BEHIND THE MAGIC OF THE CAPTAIN JIM HOODS

Known today as the Capt. Jim Fire Hood, Kevin F. O’Donoghue, an FDNY firefighter for 25 years, named the hood in honor of his father, James J. O’Donoghue, who was a Captain in the FDNY and served for 34 years. O’Donoghue had the idea to create a safer, more comfortable hood with superior thermal protection without diminishing a firefighter’s awareness of sudden environmental changes. The Capt. Jim Fire Hood is built for intense heat conditions with an initial TPP of 29.5 and an Arc Thermal Performance Value (ATPV) rating of 34, meaning it can withstand 34 calories of heat per square centimeter. 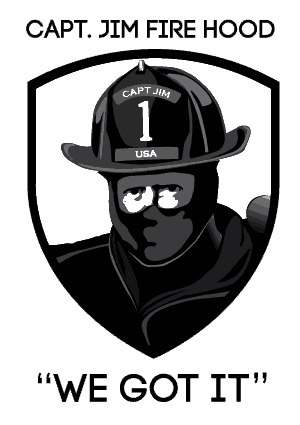 “Our hoods are there to protect us from burns. A hood that keeps us “nice and warm” in the winter can also keep you from feeling the heat in a fire. When I started in the FDNY in 1974 I was taught by the senior members of my South Bronx truck company that I should “listen to your ears” When my ears started to hurt it was time to give very serious consideration as to backing out. The heat rise that my ears told me was occurring was a danger sign that firefighters today still need to be aware of.

Today’s structures are loaded with components that contribute to rapid high heat build up and flashover potential. Energy efficient windows do not fail as quickly as the old single pane windows did. This allows for a high heat build up in each room. The expanded use of plastics and synthetics in our furnishings and structural components also provides fuel for an extremely hot and toxic fire. When you add these factors to an encapsulated firefighter you can see the potential for sudden and disastrous incidents.”

Today, this popular hood offers yet another layer of protection with a particulate barrier option. The addition of Stedair® PREVENT technology was introduced to fight against persistent fire ground carcinogens.

CAPTAIN JIM HOOD AT THE STATION

Our Captain Jim Fire Hood was so loved, its fans demanded a particulate-blocking version.

Who doesn't want to pair the greatest thermal protection available with top-tier particulate blocking technology? The result is two elite hood options designed to fit the level of protection desired by your department. 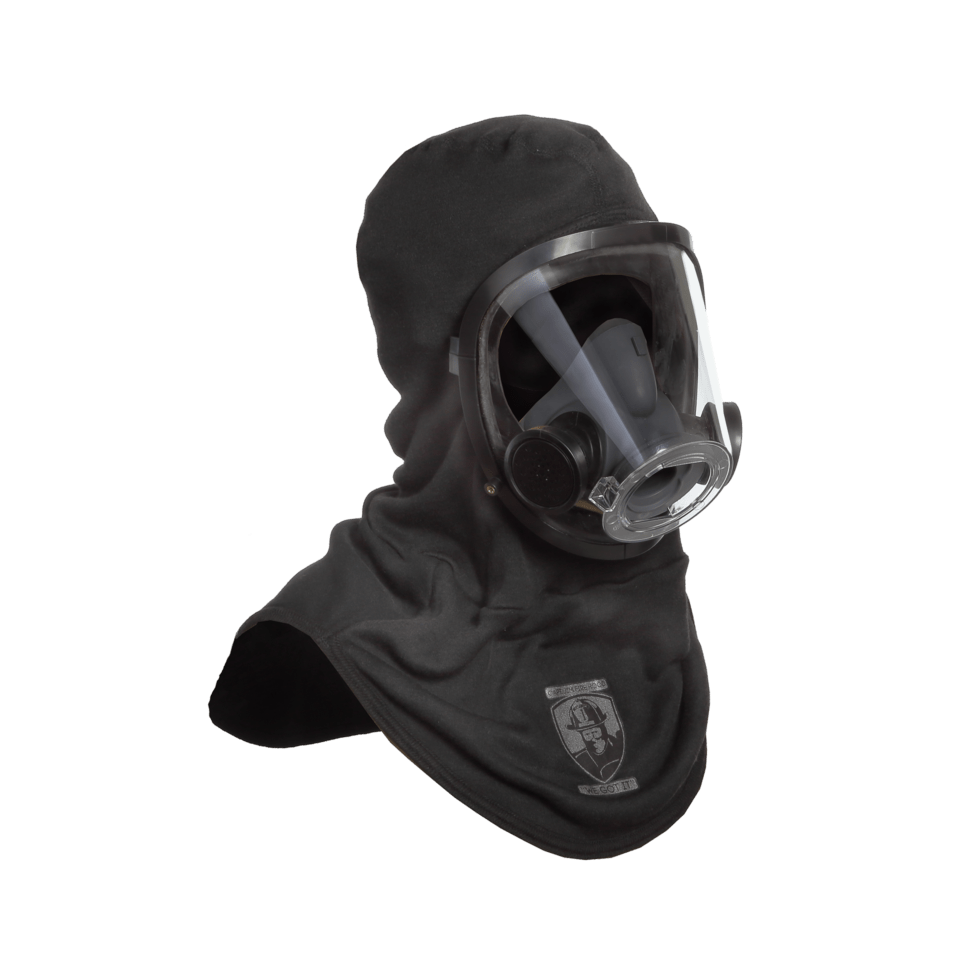 The Captain Jim Classic Fire Hood remains a department favorite across the country. It earned its reputation for its Arc Thermal Performance Value (ATPV) rating of 34, meaning that it can tolerate and protect against 34 calories of heat per square centimeter.

BEST-IN-CLASS FOR FLAME AND HEAT RESISTANCE

INITIAL TPP 29.5 WHICH INCREASES WITH WASHINGS

WICKS AWAY MOISTURE (PERSPIRATION, WATER, AND EVEN STEAM).

PROVIDES A PROPER SEAL WITH YOUR SCBA 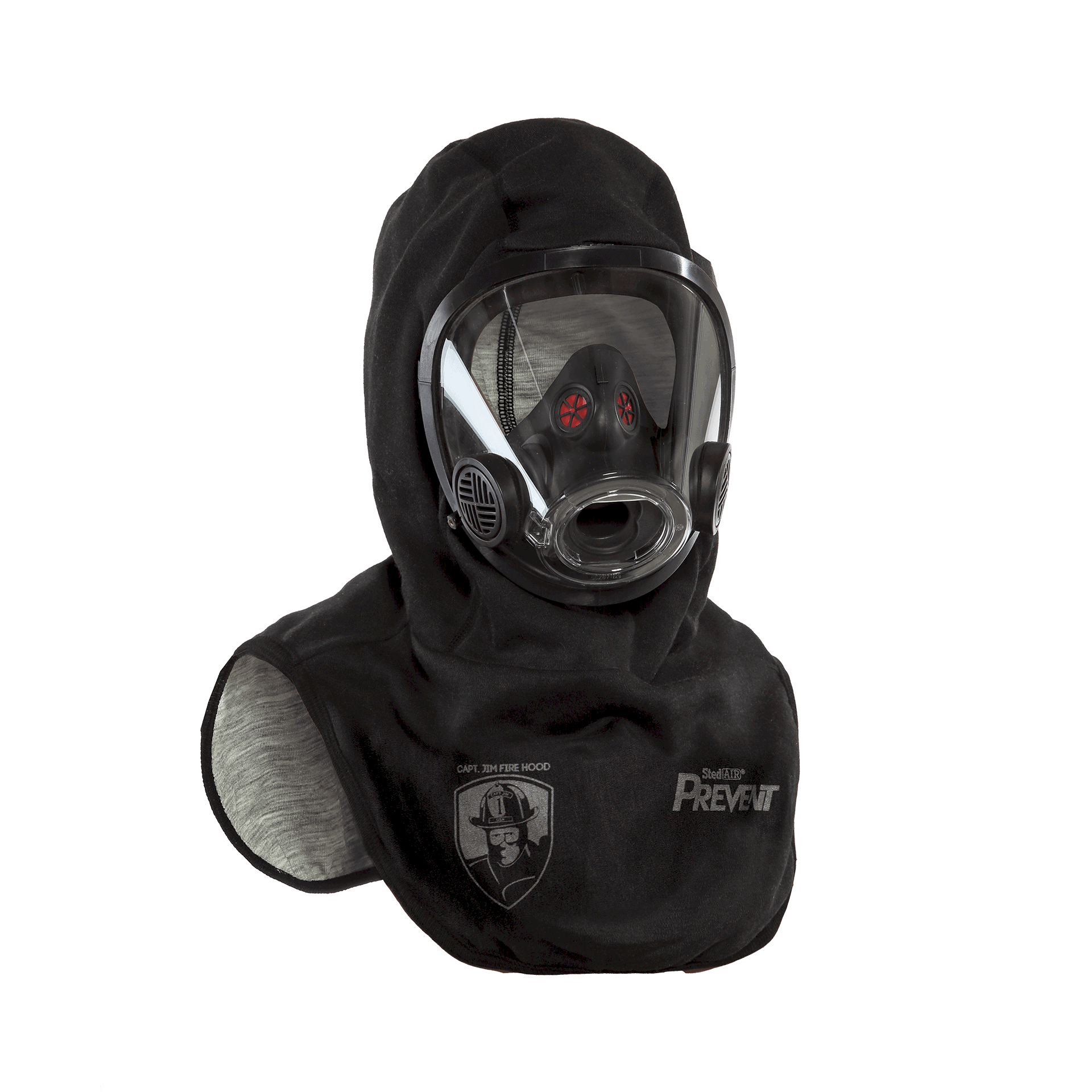 The Captain Jim Particulate Blocking Hood takes all the features firefighters have come to appreciate in the classic hood design and cranks up the protection with filtration technology that helps to reduce your exposure to persistent, and potentially-harmful fire ground carcinogens.

Made with: 1 outer layer of 6 oz Spentex and 1 inner layer of Stedair® PREVENT

BEST-IN-CLASS FOR FLAME AND HEAT RESISTANCE

PROVIDES A PROPER SEAL WITH YOUR SCBA